read some of my posts while i make my game

learn about my utopian vision 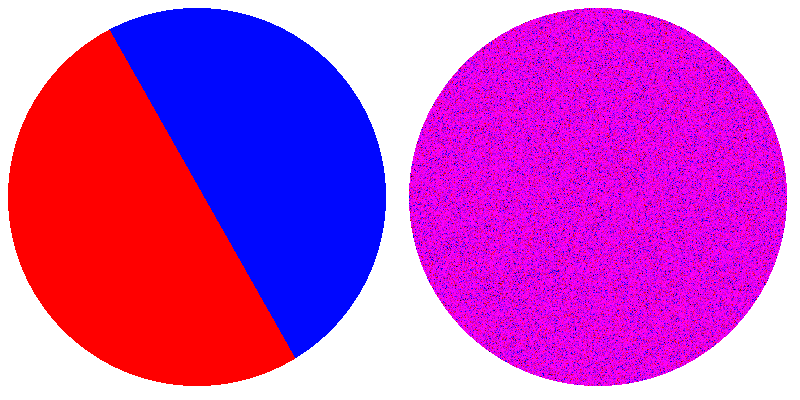 which one has the most diversity?

one might be tempted to think that A (a scenario that might occur if two populations are forbidden from interacting with each other) has more diversity: it has 2 colors (red and blue) instead of 1 (purple).

however, when you look more closery, B has actually a lot more colors: in-between the mass of purple, there are reds, blues, and many in-betweens. at the fine grain level, there's a lot more diversity, even if the whole looks more homogenous from above.

which one is true diversity?

my argument would be that it is B; you should care about the actual state of the territory in the day-to-day interactions of elements of these populations, not the overall appearance of the map, as they may appear to a state for example.

Unless otherwise specified on individual pages, all posts on this website are licensed under the CC_-1 license.
This site lives at https://carado.moe and /ipns/k51qzi5uqu5di8qtoflxvwoza3hm88f5osoogsv4ulmhurge2etp9d37gb6qe9.