(disclaimer: i'm very unqualified to talk about economics; this post would probly looks either obvious or stupid to anyone who actually knows any economics)

(all graphs from here, graph "GDP per capita", in log rather than linear because that's a more natural way to represent growth rather than raw value) 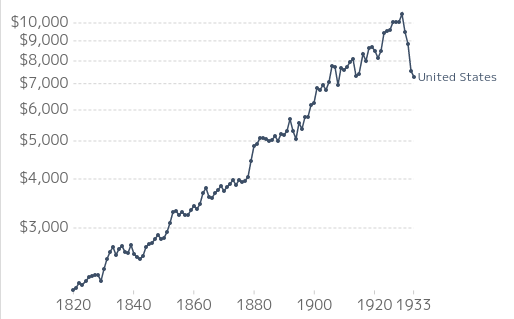 after a while, things the economy recovered back on its track and stabilized again to the rough growth it had before the crisis. 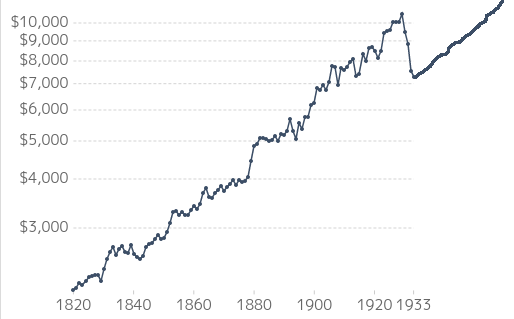 but this isn't what happened. here is the actual graph: 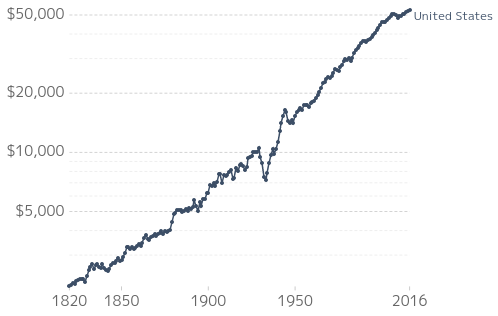 notice the difference? not only did the economy recover to its previous growth, but it actually increased its growth until it got to the same that it would be at if the crisis never happened.

which is to say: the end result is the exact same than if the crisis didn't happen. if you lived in the early 1900's, you could draw a straight line to predict the growth of the country for the century to come, regardless of any crisis that might happen.

here are some other countries' growth not caring about crises: 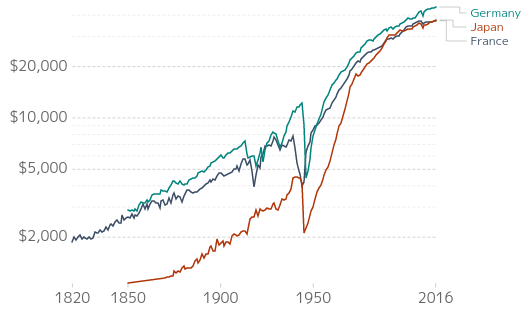 japan, france, and germany's growths not caring about world war 2 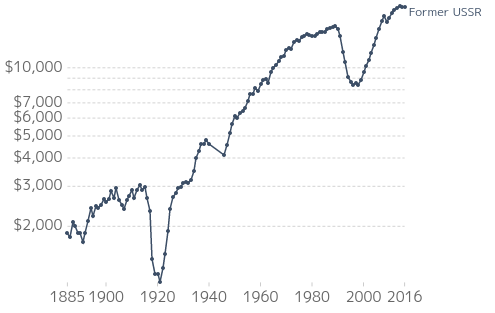 pre-soviet, then soviet, then post-soviet countries' growths not caring about the start nor the end of the soviet union 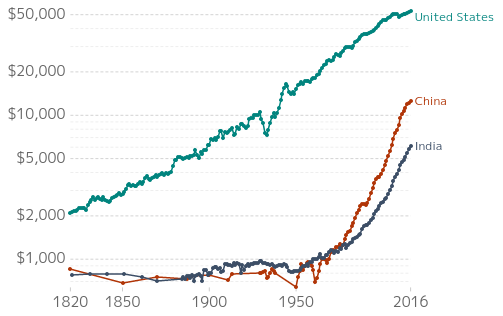 china and india's growths barely caring about industrializing late (with the US as comparison; if you draw a line from china in 1820 to china in 2016, the curve would be about as steep as the US's, and india wouldn't be far behind)

a take away? we should probably invest massively in africa. africa is the one continent that has yet to join the global growth; and when their growth starts climbing up, it's probly gonna go up very fast in order to achieve the same total curve steepness as currently richer countries.

unless otherwise specified on individual pages, all posts on this website are licensed under the CC_-1 license.